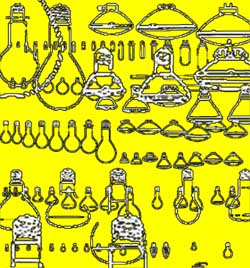 A Note from the Publisher
Editor's Message

Articles
Dramaturgy: A Critical Analysis of the Play This is for you, Anna by Miranda Hyndman
Alexithymia in Relation to the Use of Qualifiers, and the Quality of Emotional Tone by Kim McMillan
Developing a Professional Practice Philosophy by Tracy Young
Blowback: The Cost and Consequences of American Foreign Policy by Jon Baker
Is Bertrand Russell's educational system applicable in the 21st century? by Candice Arthur
A New Look at Falsification In Light Of the Duhem-Quine Thesis by Andrew Lewthwaite
Ethical Standards in Research: Contextualizing Guidelines to Fit Ethnographic Needs by Deatra Walsh
Paris of 1830: Direction in Music and Influence of the Press by Carla Harris
The Inverted Quest of Ashitaka: A Jungian Analysis of Princess Mononoke by John Gunston
In Defence of the Arts by Steve Metcalf

The Way We Were by Tom Mitchell